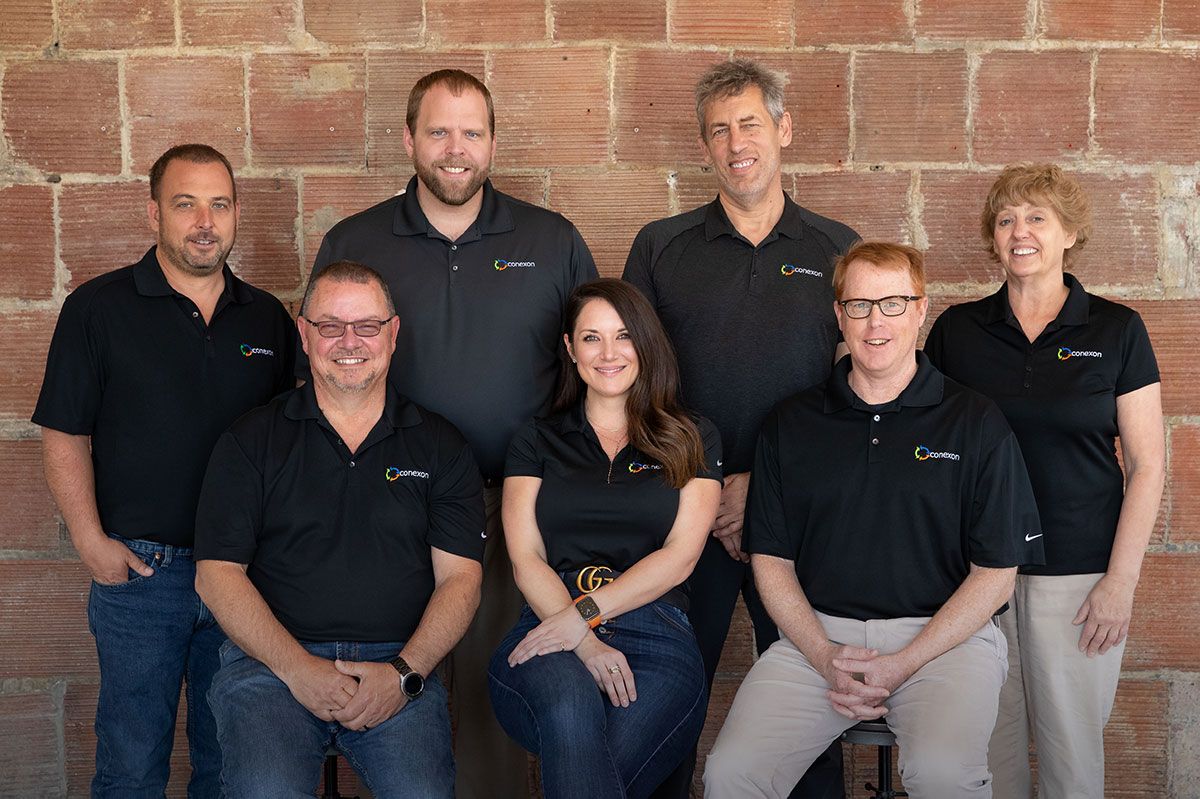 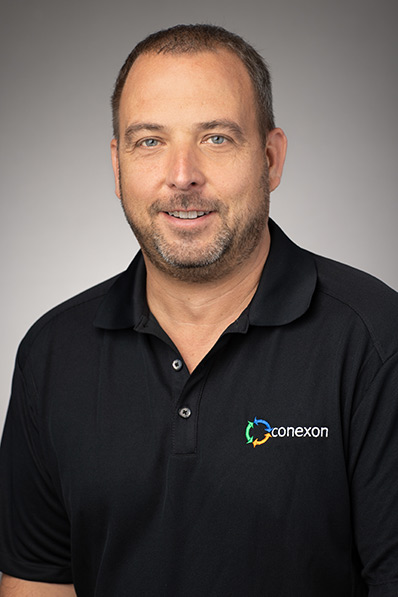 Conexon Founding Partner Randy Klindt is a pioneer of the electric cooperative broadband movement, widely credited with architecting the most cost-efficient fiber-to-the-home (FTTH) design in use by electric co-ops today. With over 20 years of hands-on operational leadership experience across three electric cooperatives, Klindt led the initial conception, construction, and operations for Co-Mo Connect in Missouri, and OzarksGo in Arkansas. These have grown to become two of the largest electric co-op FTTH projects in the nation. In 2015, Klindt formed Conexon to support rural electric cooperatives across the country with end-to-end FTTH management solutions. Randy’s unwavering vision that fiber broadband is possible for all rural Americans continues to change the telecommunications industry landscape. Today, Conexon’s mission and methodology are broadly considered the defining standard of the most successful rural electric co-op fiber networks.

In 2021, Conexon launched its internet service provider entity, Conexon Connect, the transition of Randy’s vision to change the face of rural internet with an innovative solution to operate and manage cooperative and investor-owned fiber networks. Today, Randy serves as CEO of Conexon Connect in addition to his Conexon partnership role. 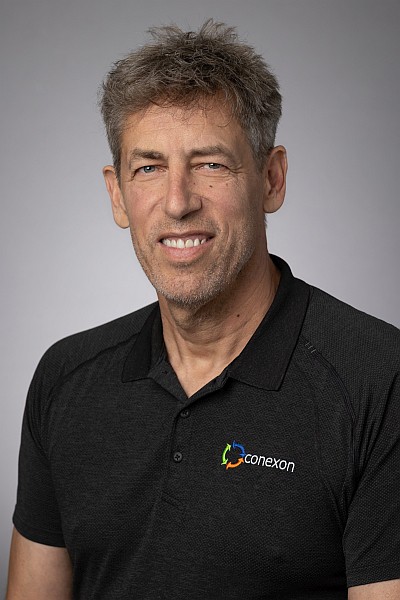 For over 30 years, Jonathan Chambers has been deeply involved in and influenced the development of government telecommunications policies and the deployment of internet access networks. Early in his career, Jonathan worked in the U.S. Senate as the Republican staff director of the U.S. Senate Committee on Commerce, Science and Transportation. During that time, the Committee overhauled most of the federal laws that today still govern the telecommunications industry, including the wireless, cable, telephone, and internet access industries. Later, Chambers worked in the U.S. and Europe with cable television and wireless providers as the first broadband and digital mobile networks were planned, designed, and constructed. In 2012, Chambers returned to the federal government as the Chief of the Office of Strategic Planning for the FCC. He was a principal advocate for the reforms that altered $12 billion in annual FCC spending from support of voice services to support of broadband services and from subsidies for incumbents to competitive bidding.

Since early 2016, Chambers has worked primarily with electric cooperatives to bring much-needed fiber broadband services to rural America. Under his leadership, rural electric cooperatives have collectively secured more federal broadband funding than any other group in the country. In 2021, his expert guidance of Conexon’s Rural Electric Cooperative Consortium, made up of nearly 90 co-ops, received more than $1.1 billion through the FCC’s Rural Digital Opportunity Fund Phase I auction to deliver fiber broadband service to rural Americans throughout the country. Jonathan is the author of the widely-read Co-ops Connect FYI weekly industry email.

Jonathan holds a BA in economics from Yale College, an MA in international affairs from Columbia University and a JD from Georgetown University Law Center. 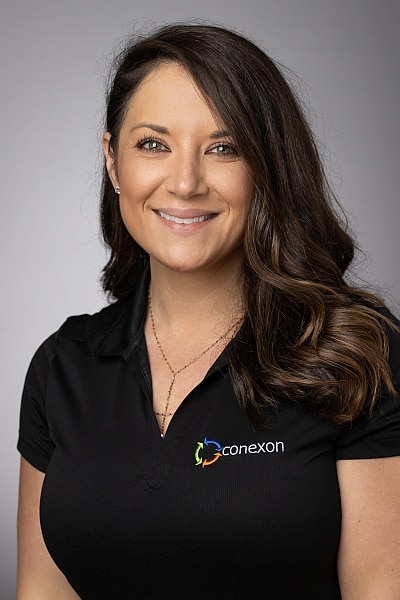 As a sales executive for a major telecommunications provider, Abby Carere was among the first in the industry to recognize the broadband potential and role of the nation’s electric cooperatives for rural America. Over the seven years in which she has worked with co-ops, she has guided dozens to successfully deploy broadband internet, voice and TV services in their markets.

Abby began her career in direct business-to-business telecom sales in one of the nation’s most competitive telecommunications markets before stepping into leadership and overseeing a direct sales team she led to top performance.

Under Abby’s sales leadership, Conexon’s client base has grown exponentially. In her dual role as head of marketing, she leveraged her years of expertise to spearhead an end-to-end marketing resource specifically designed for electric cooperatives, and the Conexon Marketing Hub proprietary software platform debuted in 2020. Abby’s visionary goal of providing all resources co-ops need for broadband marketing success now results in a full suite of services ranging from branding and web development to best-practice oriented communications, break-through creative and expert advice for electric co-ops from a team of marketing managers.

Abby was also instrumental in the development of Conexon Connect, the company’s internet service provider arm launched in 2021, and Connect co-op partnerships continue to flourish with her guidance. Under Abby’s leadership, the marketing reach of Conexon and Conexon Connect is now over half a million co-op members. 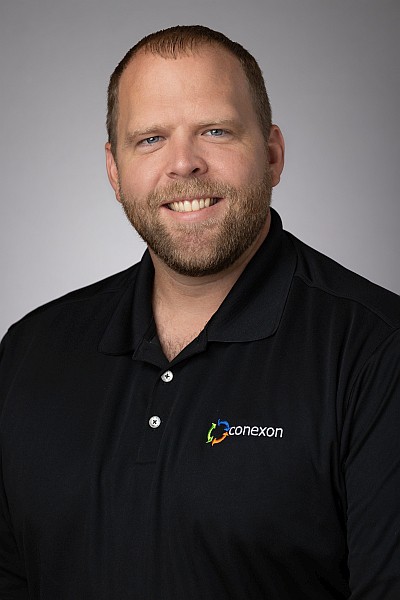 Andy Burger offers unmatched operational expertise in the rural broadband market with experience that extends from project launch through deployment and post-install customer experience. Andy’s fiber-to-the-home career began at Missouri’s Co-Mo Connect as the cooperative’s first outside hire, initially serving as the Network Administrator and Network Operations Manager to oversee network design, architecture, and operations for the co-op’s Internet, Voice and IPTV networks.

In December 2015, Andy took over as the General Manager of Co-Mo Connect, responsible for all aspects of deployment and operations including outside plant, marketing, and customer service, as well as a continuing critical role with the network architecture and performance. Under Andy’s leadership, Co-Mo became the first electric cooperative in the country to make gigabit fiber-to-the-home service available to every one of its members and to do so without government subsidies or grants.

From Co-Mo Connect, Andy joined Conexon, where he established its industry-leading Network Operations Center and call center to serve Conexon’s electric co-op clients. He works with co-ops on their SCADA and smart grid systems. In 2021, he oversaw the creation and launch of Conexon’s internet service provider arm, Conexon Connect. Awarded substantial funding through the RDOF Phase I auction, Conexon Connect intends to with dozens of electric co-op territories throughout 10 states to deliver broadband service to their territories, reaching more than 2 million rural Americans upon completion.

Prior to entering the electric cooperative fiber broadband industry, Andy served in technology roles within the banking and government sectors. 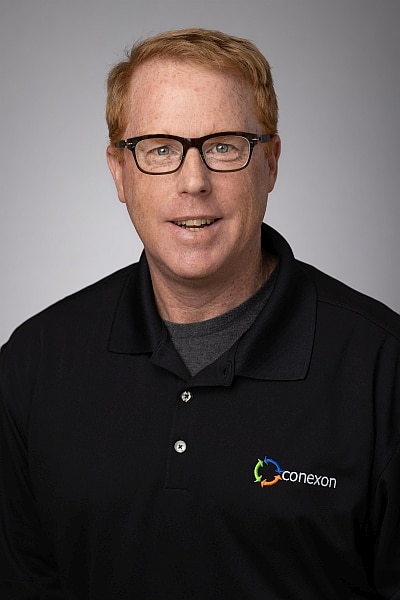 Mike Byrne brings a wealth of geospatial analysis expertise to Conexon electric co-op clients and a passion for advancing public policy through the use of transparent information. Mike has 30 years of geospatial design, analysis and implementation experience in the private and public sectors.

He served as the first Geographic Information Officer for the Federal Communications Commission (FCC), where he led the creation of the first-ever National Broadband Map, an interactive and searchable online map showing broadband availability nationwide, in many cases in block-by-block detail.

This game-changing tool produced a never-before-available clear and accurate picture of the national broadband footprint. The map served as an invaluable resource for the FCC in accurately determining where broadband was or was not available. Mike’s work helped form the foundation of the Connect America Fund (CAF) and enhanced the collective understanding of where investments were needed to fulfill a connected America vision. He was awarded a Service to America Medal, the highest award given to government employees, for his work. 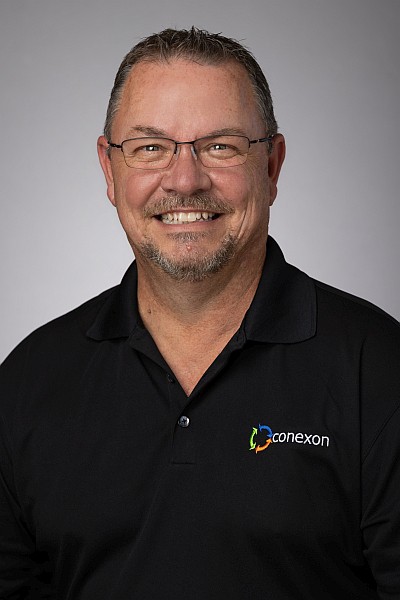 Throughout his career, Jeff has managed large-scale cable and fiber construction projects across the country with multiple employees, contractors, and crews for Comcast, Charter, Time Warner and, since 2016, for Conexon. 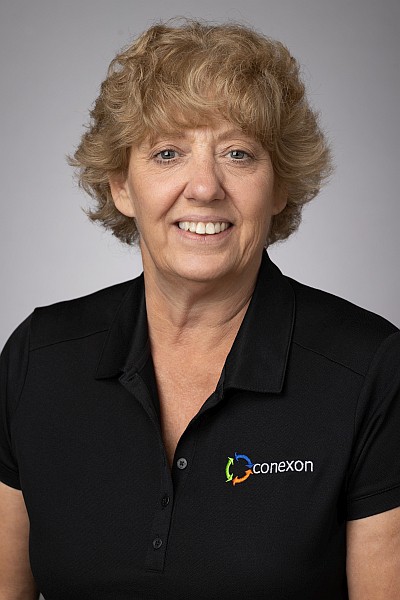 Terie began her career in telecommunications operations at one of the nation’s early competitive local exchange carriers (CLEC), serving more than one million customers before moving into a customer care leadership role with a top-tier cable provider.

Terie puts her years of experience to work leading Conexon’s telecommunications service and support strategy. She upholds an exceptional reputation among co-ops for her ability to successfully incorporate telecommunications services in their network offerings, with unrivaled expertise analyzing the profitability of voice service for Conexon Connect co-op partners. She also serves as a regulatory, billing and business process support resource to the company’s electric co-op clients. 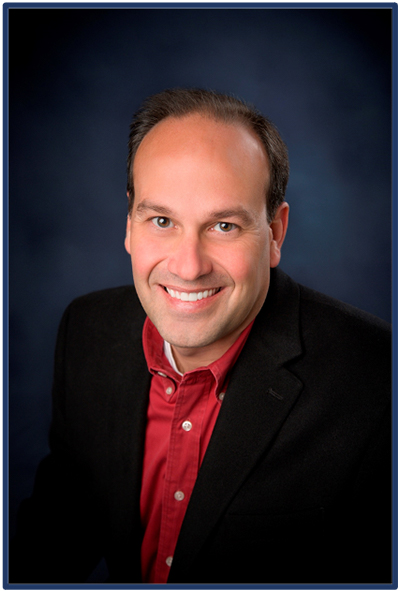 Carl has been working in the telecommunications industry for over 25 years helping service providers successfully deploy fiber-to-the-home networks. Leveraging a strong understanding of telecommunications technology and architectures coupled with keen understanding of customer and market needs, Carl has successfully developed and grown over $300 million in new business revenue while working for industry-leading organizations such as CommScope and Calix.

Over the past several years, Carl has concentrated on developing greenfield emerging markets with a focus on electric utilities. He was an early advocate and catalyst for the electric cooperative broadband movement. At Conexon, Carl will be working with new and existing clients to drive new business growth for Conexon. His focus on developing Smart Grid solutions will allow electric co-op clients to leverage the power of a high-bandwidth, low-latency fiber connection all the way to the member’s home.

With a background in Product Development Engineering, Carl holds 9 patents in the telecommunications space, most related to fiber technology. He received his BS in Mechanical Engineering from Villanova University. 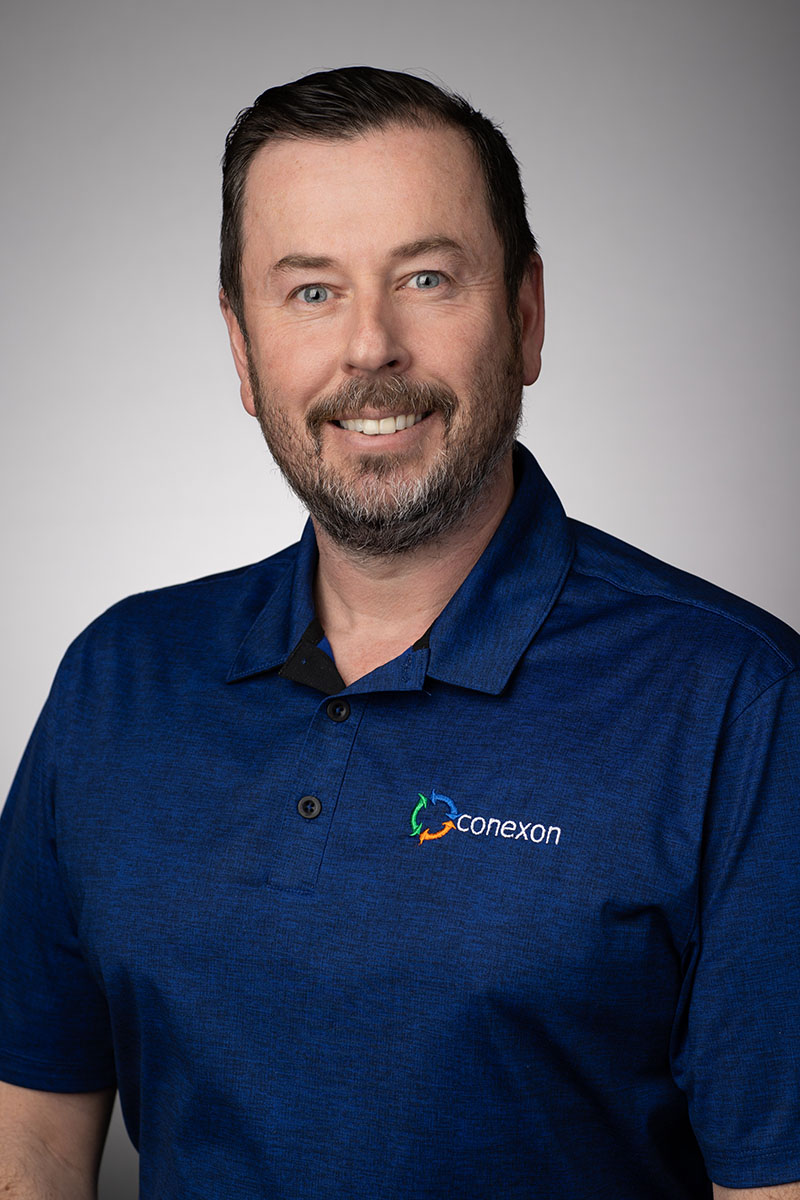 David Girvan joined Conexon from one of the nation’s most successful electric cooperatives, United Electric, where he served as Chief Operating Officer. Though United’s electric service territory encompasses an area with less than 3 electric meters per mile, David launched a fiber network and led the co-op to success with a focus on the aggressive deployment of commercial and residential fiber services. Under his leadership, the fiber business grew from a 7,000-member cooperative to one now serving more than 17,000 members and customers with fiber broadband subsidizing the electric operation.

In his Operations role for internet service provider arm Conexon Connect, David looks forward to being able to continue to build and operate state-of-the-art fiber networks. He joined Conexon for the opportunity to reach rural America with broadband services better than those often found in urban centers.

Prior to working in the electric cooperative industry, David was an information technology professional. During his almost two decades working with information technology, he has worked in many different roles including systems engineering, supervisory roles, software packaging and infrastructure builds. With significant international exposure, his career has been filled with project-based assignments for large companies such as IBM, HP and other industry leaders. David holds a bachelor’s degree in Business Technology from Northwest Missouri State University and recently completed his MIP Select certification from NRECA.

Matthew Blain is a versatile finance professional with nearly 20 years of diverse financial and operating experience that has included investment banking, corporate finance, management consulting, and most recently, consultant CFO services. He has played key roles in executing strategic growth plans for clients in a variety of industries including the energy and telecommunications sectors, from early-stage tech start-ups to mature manufacturing companies.

Blain specializes in dynamic solutions in functional areas such as financial modeling, analysis and planning, mergers & acquisitions, divestitures, capital sourcing, and strategic planning. At Conexon, he looks forward to developing resources to poise the company to continue its rapid growth that will bring connectivity to underserved parts of America.

Earlier in his career, Matthew served in a management consulting position at Burns & McDonnell providing support to utilities, cooperatives and municipalities with various financial services before transitioning into investment banking in the telecommunications sector with a specific focus on rural telecommunications.

Matthew has a Bachelors degree with a double major in Finance and Economics from Tulane University and a Master of Business Administration from the Rockhurst University EMBA program.