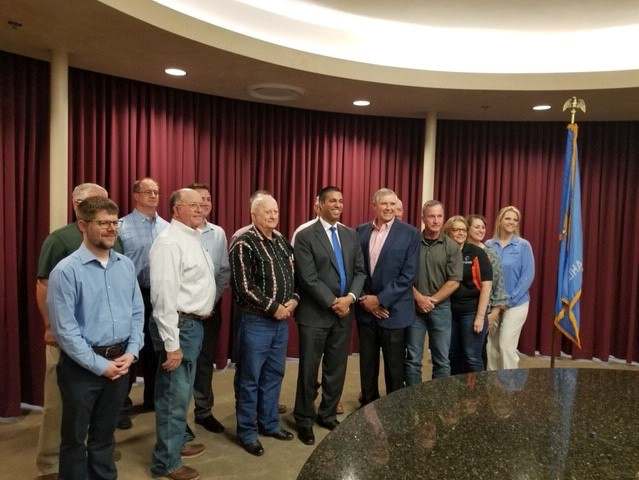 WASHINGTON, May 14, 2019—The FCC today authorized nearly $111.6 million in funding over the next decade to expand broadband to 37,148 unserved rural homes and businesses in 12 states representing the first wave of support from last year’s successful Connect America Fund Phase II auction. Providers will begin receiving funding this month.

In total, the auction allocated $1.488 billion in support to expand broadband to more than 700,000 unserved rural homes and small businesses over the next 10 years. Over the coming months, the FCC will be authorizing additional funding waves as it approves the final applications of the winning bidders from the auction.

“I’m pleased to announce that funding starts now for buildout of high-speed Internet service to over 37,000 rural homes and businesses, which will bring them to the right side of the digital divide and give them access to the 21st-century opportunities that broadband provides,” said FCC Chairman Ajit Pai. “The FCC’s first-ever auction of fixed broadband support exceeded our expectations. Indeed, providers will be deploying gigabit-speed connections to the majority of locations for which funding is being authorized today. Moreover, this deployment is costing taxpayers much less than initially projected because the Commission allocated this funding through competitive bidding.”

The largest funding applications approved by the Commission today are as follows:

Below is a complete list by state of the companies receiving support, the number of homes and businesses served (locations), the amount of support over 10 years, and the minimum download/ upload speeds to be provided:

Providers must build out to 40% of the assigned homes and businesses in a state within three years. Buildout must increase by 20% in each subsequent year, until complete buildout is reached at the end of the sixth year.

The Connect America Fund Phase II auction is part of a broader effort by the FCC to close the digital divide in rural America. In addition to the funding that will be provided by this auction, the Commission recently provided 186 companies in 43 states $65.7 million in additional annual funding to upgrade broadband speeds in rural communities, and offered incentives for over 500 rural carriers to provide faster broadband to over 1 million rural homes and businesses. Chairman Pai also announced his intention to create the Rural Digital Opportunity Fund, which will provide $20.4 billion over the next decade to connect up to four million rural homes and businesses to high-speed broadband, representing the FCC’s single biggest step yet to close the digital divide.

Conexon works with Rural Electric Cooperatives to bring fiber to the home in rural communities. The company is composed of professionals who have worked in electric cooperatives and the telecommunications industry, and offer decades of individual experience in business planning, building networks, marketing and selling telecommunications. Conexon offers its electric cooperative clients end-to-end broadband deployment and operations support, from a project’s conception all the way through to its long-term sustainability. It works with clients to analyze economic feasibility, secure financing, design the network, manage construction, provide operational support, optimize business performance and determine optimal partnerships. To date, Conexon has assisted nearly 200 electric cooperatives, nearly 50 of which are deploying fiber networks, with more than 150,000 connected fiber-to-the-home subscribers across the U.S. The company has secured more than a quarter of a billion dollars in federal and state grants for its clients.