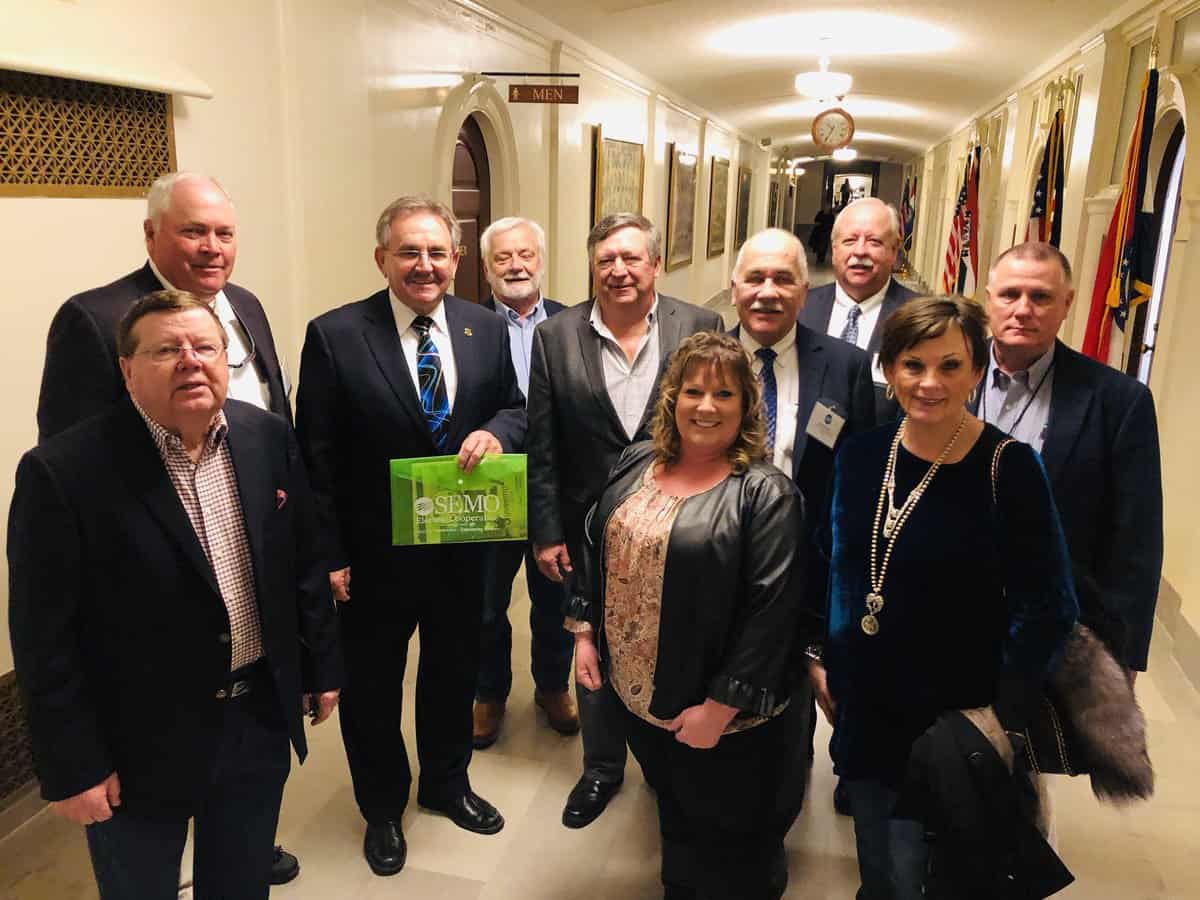 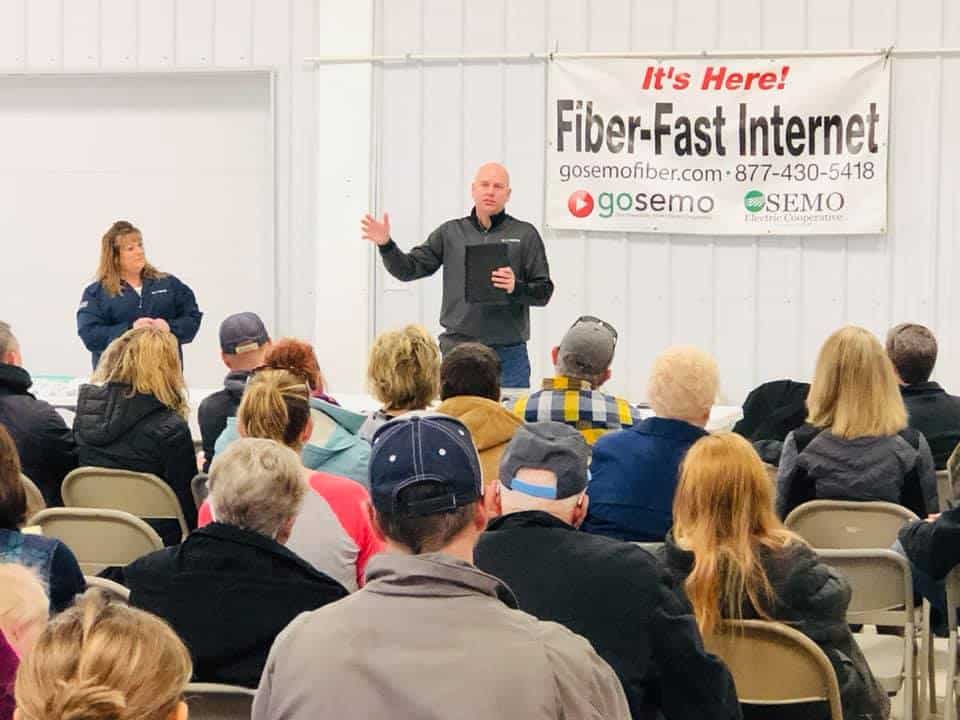 New York City may have more people than Circle City – 8.6 million versus a handful – but the Big Apple lags the Missouri Bootheel town in one way that really counts. Broadband service.

Thanks to SEMO Electric Cooperative’s fiber-to-the-home broadband network, co-op members in Circle City and surrounding Southeast Missouri communities have access to some of the most robust broadband capabilities in the country – Gigabit speed service that’s reliable, affordable and backed by the 81-year-old co-op’s commitment to service. Just one year into its ambitious four-year, $53 million network buildout, SEMO Electric subsidiary, GoSEMO Fiber, has built 600 miles and connected more than 1,500 subscribers. The service is already demonstrating its power to change lives and re-energize communities. 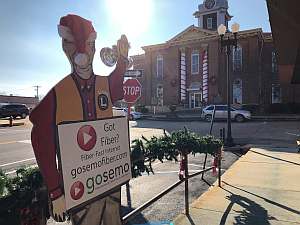 “We’re hearing more and more stories about farmers who can download their farm report in three minutes as opposed to three hours, giving them information faster to farm better,” says SEMO Electric CEO/General Manager, Sean Vanslyke, “or a business owner being able to sell a product to someone across the country right from a home office rather than having to drive and sit in front of a building with WiFi.

“The network is allowing us to spur business growth at home, on farms or other locations, and we’re giving our members the ability to not just run businesses, but even compete on a global scale. That’s not possible without broadband.”

SEMO Electric’s leadership began looking at broadband back in 2013. Unsure if the co-op culture was capable of evolving to succeed at a brand new and very competitive business, Vanslyke and his team spent another three years exploring. They visited other co-ops in the broadband business and learned as much as possible, and then in 2017, Conexon Partner Jonathan Chambers spoke at a Missouri electric co-op meeting. “He brought some things to us we hadn’t thought about or considered,” Vanslyke recalls, “so we did a feasibility study with Conexon, and in March 2017, we decided on a fiber network.”

For Vanslyke, the decision to enter broadband really boiled down to one question “If we don’t do this, who will?’”

Following on the heels of the feasibility study, SEMO Electric’s tapped Conexon to serve as its consultant and design the GoSEMO fiber network. One of Conexon’s initial tasks was to prepare the co-op to participate in the Connect American Fund (CAF) II auction. As part of the successful electric co-op consortium led by Conexon, SEMO Electric’s was ultimately awarded $2 million for its build-out.

In addition to Chambers’ strategic and regulatory expertise, Conexon Partner Randy Klindt’s wealth of co-op experience was one of the key reasons SEMO Electric selected Conexon, Vanslyke says.
“Randy had actually done this,” he says. “That came through loud and clear, and the difference in talking with someone like him, who had done it, as opposed to others who hadn’t was pretty clear.”

Over the next year, GoSEMO built out its core infrastructure (fiber ring), and by March 2018, was ready to connect its first members. According to Vanslyke, the first year was not without its challenges – obstacles that Conexon helped overcome. 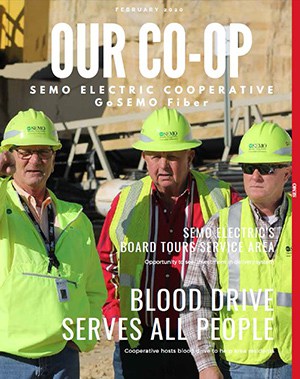 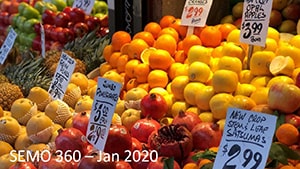 Once the infrastructure was complete, SEMO Electric made a bold decision in its choice of substations to provision first – squaring off against two of the nation’s largest broadband providers. Part of the decision was due to the higher density in those areas necessary to jumpstart the business and cash flow, but another factor was the need to sharpen the co-op’s competitive skills.

“We were very intentional because we needed to learn how to compete,” says Vanslyke. “Just like with the electric side, we had to learn to focus on delivering a great product and excel in customer service. If we had started somewhere we hadn’t had to compete, I’m not sure we would have flourished the way we have.”

SEMO Electric’s progress has been steady and positive, with its initial deployment plan even shortened by a year due to high demand. Conexon continues to provide on-site support, with experts that serve as a sounding board as the GoSEMO team builds its in-house knowledge. Co-op leadership actively looks for effective ways to connect with employees and customers – continued visits to other co-ops to look for best practices, opening temporary customer service offices allowing members to enroll in-person for GoSEMO fiber, bringing in experts to teach employees about all the areas of fiber, and more.

Success for GoSEMO Fiber lies in the positive reaction of members and on powering the critical economic and population growth that keeps rural areas viable.

Vanslyke’s advice for other co-op CEOs? Get ready for some long nights.

“I would also tell CEOs that you have to engage your board and your employees before you ever think about engaging the public,” he says. “Your employees’ credibility in the marketplace is much more than a CEO’s credibility. And if you think about it, people come to work for one reason – to take care of their families, so if they believe you’re enhancing the service you provide members and (broadband) is a way to grow the cooperative, that’s good and they’ll support it.” 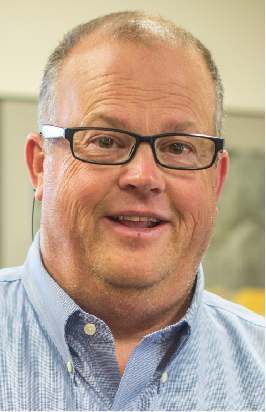 “This was a tremendous amount of work, with weeks putting in 80 to 100 hours, and we had some long, painful nights,” says Vanslyke. “But in talking with Randy, I could tell that the hours we were putting in were exactly what he’d had to do. He understood when I would hit a wall because he had been there. He and the others at Conexon have been very responsive to all my questions and that means a lot to me.”

Whether it’s enabling grandparents to videoconference with faraway grandchildren for the first time, eager online shoppers or farmers harnessing agriculture technology, GoSEMO Fiber, the co-op’s broadband subsidiary, is improving lives and building communities in rural Missouri. Two years into the fiber-to-the-home (FTTH) project and more than 1,000 phone calls later, Vanslyke is confident of that.

“We have dramatically changed the marketplace, which is what we were after,” he says. “Southeast Missouri is in a position to grow and thrive economically and our whole area is starting to realize broadband benefits such as higher home values, the availability of online learning, telemedicine and more.”

GoSEMO Fiber connected its first test subscriber on January 8, 2018 and its 1,000th subscriber on January 8, 2019. Today, it has more than 4,000 subscribers. It doubled customer installs from 2018 to 2019, and currently averages 250 customer connects each month. The co-op’s take rates originally projected at 35% are exceeding projections, averaging 47% – including areas with formidable competition. Consistently gaining traction and speed, the team expects to complete the mainline construction of 2,000 miles by the end of 2020, a full 18 months ahead of original projections.

GoSEMO Fiber’s original intent with a broadband build was to take care of its members, however, the co-op was approached early on by several organized groups and municipalities outside its electric co-op footprint with the request for broadband service.

“Groups approached us who had been unable to get the major players to serve them with broadband,” Vanslyke explains. “Once our processes and practices were refined, we have been open to expanding to other communities when logical to do so.”

GoSEMO Fiber today serves three communities adjacent to, but not part of its electric territory, including Sikeston, Mo., a partnership where the city is funding/managing the construction, based on a Conexon network design, and GoSEMO Fiber is managing the customer side.

Throughout its deployment, GoSEMO Fiber has relied on Conexon for a variety of services. In addition to network design and operations support, Conexon provides customer support through its technical call center, a customer resource staffed by experts who manage and troubleshoot customer issues.

One of the key learnings from the GoSEMO Fiber FTTH project, Vanslyke says, has been the benefit of merging the co-op’s strong customer service mentality with a new awareness of competition. As such, the broadband subsidiary taps into the electric co-op’s team for multiple functions, with many people performing dual roles. It is a practice he feels benefits the employees themselves, the overall project and ultimately the customers.

“We built our team from the inside out,” Vanslyke says. “Our (electric) associates knew the system and how it was built. So, we took our people and challenged them to learn about fiber. Co-op employees want to make a difference in the community and they know what a positive impact broadband can have on our area.” 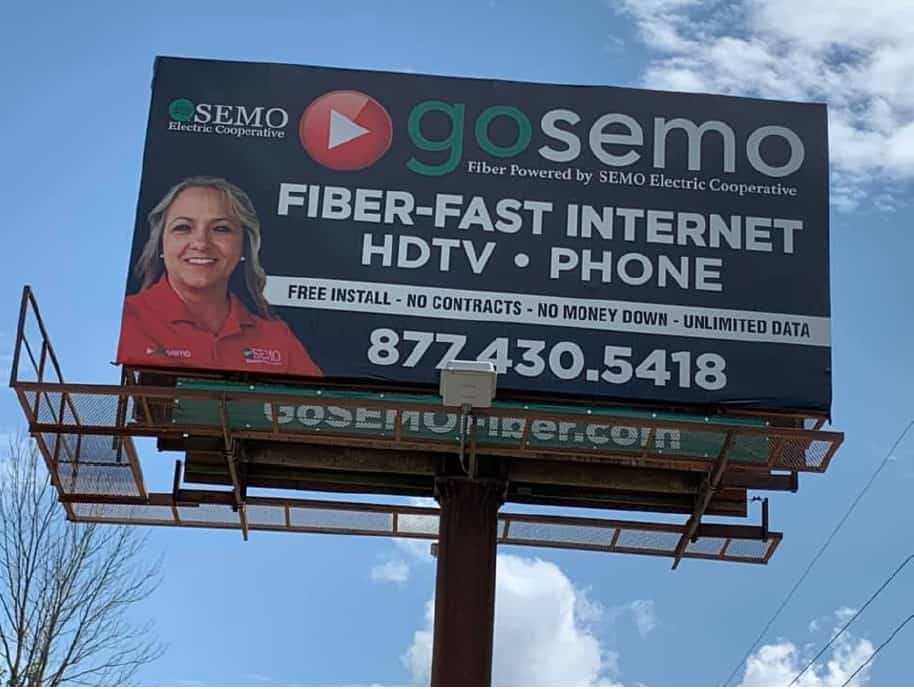 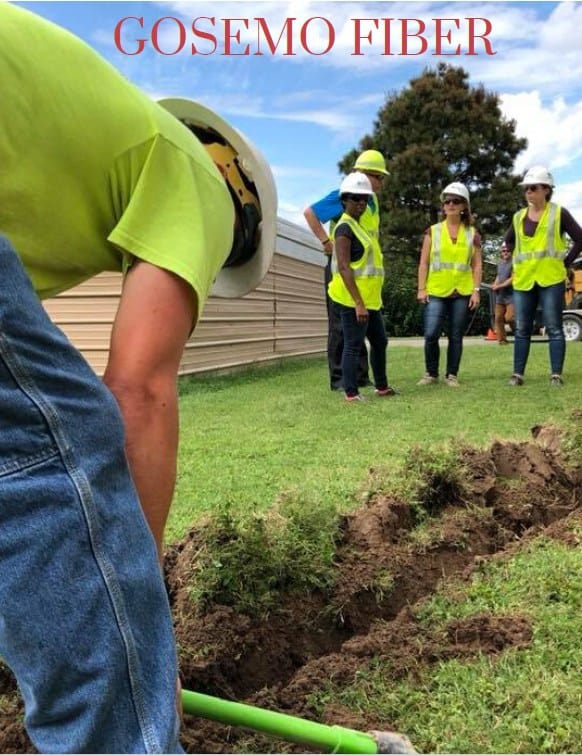 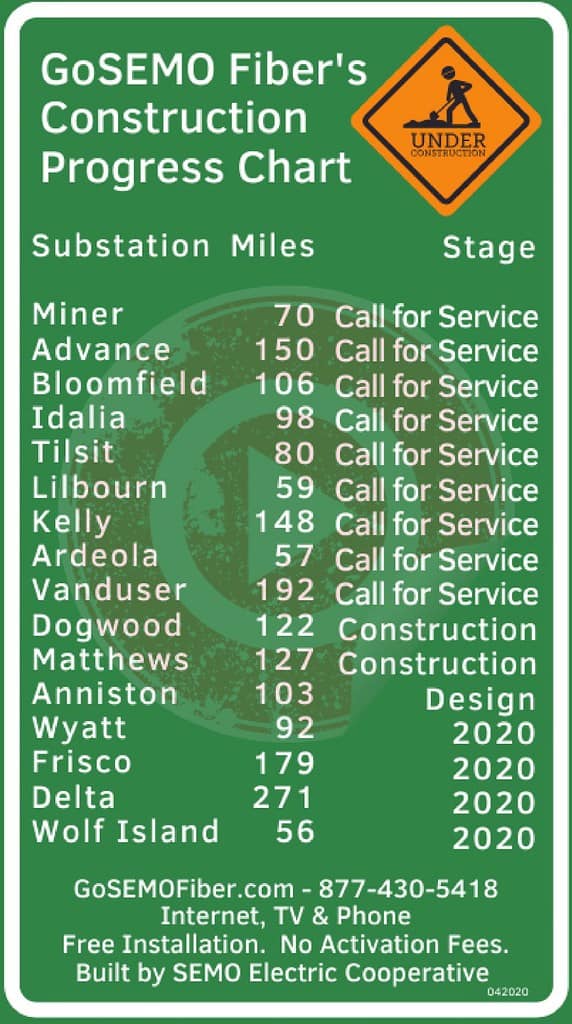