Making a difference in the lives of its members is something Central Rural Electric Cooperative seeks to accomplish every day. More than 10 years ago, Central identified the need to increase system reliability and support connectivity for its rural membership and began working with others toward these goals. Unfortunately, efforts to prepare the grid for the future and support rural connectivity were not reaching everyone.

This was all too apparent when Central learned that one school district in its service territory estimated that 40 percent of its students lacked access to high-speed internet, and some lacked access entirely. The reality of the disparate situation Oklahoma students were facing was confirmed when the Oklahoma State Board of Education released data that showed approximately 25 percent of Oklahoma public-school children lack access to home internet.

Armed with this new information, Central realized that in order to fulfill its mission of empowering its members and communities, it had to find a way to help. Central quickly began to look across the country to see how other cooperatives were helping support the connectivity needs of their memberships.

Research showed that many cooperatives were helping bridge the digital divide by supporting fiber-to-the-home (FTTH) projects across their entire service territory. This sparked the curiosity of the Central board and management to determine the interest of Central members in fiber internet.

So, in March 2020 Central sent a survey seeking feedback from its members on their interest in fiber internet. The results of the member survey were overwhelmingly positive: 97 percent approved of moving forward with fiber. This level of support from members is almost unheard of among cooperatives. With the pandemic forcing many to work and/or learn from home, members sent a clear message that they wanted and needed fast, reliable internet connections.

“Knowing you can help so many people improve their quality of life, just as we did more than 80 years ago, is a big responsibility, and something that cannot be ignored,” said Hunter Robinson, Central’s CEO. “From our research, we realized that technologies other than fiber are limited in their ability to provide what we needed. You couple that with an extremely high level of member interest and add COVID-19 on top of that, and excitement over a fiber network just snowballed. We knew fiber was the answer to accomplishing two major goals of the cooperative:  high system reliability and improved quality of life for the membership.”

In addition to extensive research on the cost, capabilities and benefits of fiber networks, Central’s team spent hours in conversations with other Oklahoma cooperatives in various stages of fiber buildouts to determine what worked well and what didn’t.

“We discussed Conexon with the other cooperatives who had partnered with them,” Robinson recalled. “The co-ops described the full process from performing a feasibility study to receiving assistance and project management expertise. Knowing what all Conexon has done for other cooperative memberships and what they bring to the table helped us conclude that Conexon was the partner we needed for network design, engineering and construction management.”

Building a system-wide fiber network will be the culmination of a fiber journey that began more than 10 years ago when Central began installing fiber at its substations to increase its smart grid capabilities. Today, all of Central’s 22 substations have fiber communications, but that’s where the fiber piece of the electric grid stops. A full fiber network will provide significant advantages and positioning of the cooperative for the future demands of the grid.

“Our future electric system reliability depends on our ability to communicate with downline devices –understanding where the faults are, predicting outages and other advantages,” Robinson said. “Expanding fiber communications throughout our entire service area will increase connectivity in the field, as well as allow for more automation capabilities, which will make us more efficient and benefit our members.”

The fiber network not only will increase electric service reliability, but it also will provide members with access to broadband services that are sorely needed. This digital divide is not always because of cost of internet service. It’s lack of availability.

“I’m certain we can help improve the quality of life for our members,” Robinson said. “My advice to others considering a fiber network buildout is to spend however much time it takes to educate yourself so you’re comfortable with the decision and understand all the benefits and costs. Everyone, from the members to the board and ultimately the staff, has to be behind it.”

With a population density averaging 5 meters per mile in its territory, the Oklahoma-based co-op is looking at a 5-to-7-year build for a 4,500-mile project. Service will be offered through a broadband subsidiary, Centranet, and provide access to broadband benefits – distance learning, telemedicine, remote working and more – for more than 18,000 rural Oklahoma homes and businesses in seven counties and 28 communities. 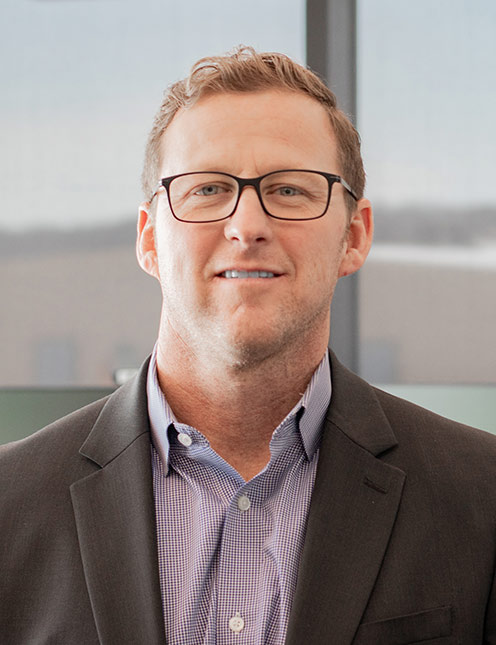 “Knowing you can help so many people improve their quality of life, just as we did more than 80 years ago, is a big responsibility, and something that cannot be ignored.”