OEC FIBER PARTNERS WITH CONEXON TO BRIDGE THE GAP

One of the oldest and largest electric cooperatives in the state, OEC had earned a reputation for forging new paths into rural areas where others couldn’t or wouldn’t go, and delivering the electrical services that made lives and communities better. The move into broadband meant using that same philosophy for communications. “One of the principles of our cooperative is to do what’s right and do it the way it should be done,” said David Goodspeed, president of OEC Fiber. “People move to our (rural) areas to enjoy a certain lifestyle, but they’ve never had good quality broadband options. We believe everyone should be treated fairly and people living here should have the same rights and same quality of service as someone who lives in downtown Norman or Oklahoma City.”

As an electric co-op, OEC owns the infrastructure and path to customers, putting it in prime position to deliver high-speed services, but the decision to enter the complex broadband marketplace was only the first step. Months of discussions and considerations followed to determine how to provide broadband in keeping with the co-op’s mission of providing members simple, affordable and accessible service and how to make the transition from utility service provider whose work stopped at the meter on the wall of a home or office to one in and out of members’ homes with a totally different offering. “This was a big shift for us,” says Grace.

When Oklahoma Electric Cooperative (OEC) asked its member customers a few years back, “What more can we do?”, one surprising answer had nothing to do with electricity.

“There was an outpouring of feedback about providing better Internet options,” recalls OEC CEO Patrick Grace. “Once our members knew that other electric cooperatives around the country were providing broadband services, we were inundated. In the true spirit of the electrical co-op, our members spoke, telling us there was a great need and they wanted us to fill it. “It was something we couldn’t ignore.” That deluge of feedback launched an in-depth exploration into the possibility of the 82-year-old electric co-op entering an entirely new industry – a possibility about which Grace was initially skeptical.

Over the next six months of 2017, however, Grace and his team partnered with a broadband consultant, Conexon, to conduct a feasibility study, held numerous conversations with counterparts from other co-ops already in broadband, weighed the risks and benefits, and eventually made their decision.

In September 2017, OEC Fiber, an OEC subsidiary was formed. Its sole focus was to build out and operate a fiber-to-the-home (FTTH) network to reach the cooperative’s 60,000 members. 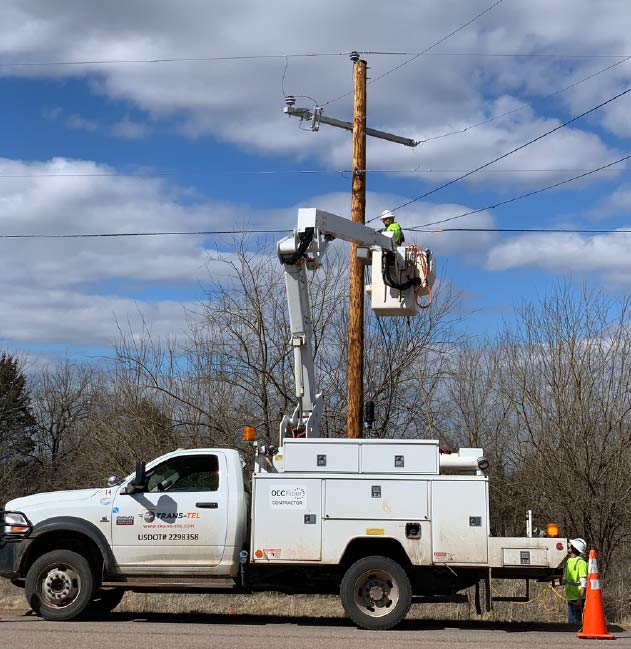 OEC turned to Conexon for help in navigating the complexities of the broadband industry. With decades of experience in all areas of electric co-op broadband, from securing funding to architecture, deployment and operations, Conexon partners, Jonathan Chambers and Randy Klindt served as invaluable resources.

Even aside from their formidable experience, however, one quality stood out for Goodspeed.“Trust,” he said. “Within 30 minutes of meeting Randy, I knew Conexon was the right company. They brought experience and knowledge, but also respect, compassion and understanding of exactly what we were facing. With Randy and the team, I knew I was sitting across the table from someone who had actually been where I was. I couldn’t have found a better partner.” Conexon worked in lockstep with OEC Fiber from the project’s beginning, providing support and a roadmap that laid out literally every step – major or minor – necessary for the network deployment and operation. Conexon’s team members were familiar faces on-site with expertise and experience and as additional resources for the fledgling company. “Conexon has been able to have a hand in everything and that support allowed us to jump in and out of tasks and react very quickly,” said Goodspeed, “At every step they were there saying, ‘this is what we think you should do.’ We had our lifeline in Conexon, with an availability and accessibility unlike anything I’ve seen in my 30 year-career.”

OEC Fiber took the unusual step of designing its entire network upfront, effectively mapping out 5,500 miles of fiber to prepare for current and future growth – a step made possible through Conexon’s auto-design/mapping capability. OEC Fiber also made the strategic decision to build out the network based on member demand rather than population density. Even before construction began or pricing was set, thousands of people opted in for updates. The data these members provided was plotted to determine where interest was high and ultimately the deployment schedule.

OEC has completed the first phase of their project. Since the beginning of construction in April, 2018, they have deployed 700 miles of aerial and underground fiber and are on track to build another 1300 miles by the end of 2019, completing phase 2 of their build. 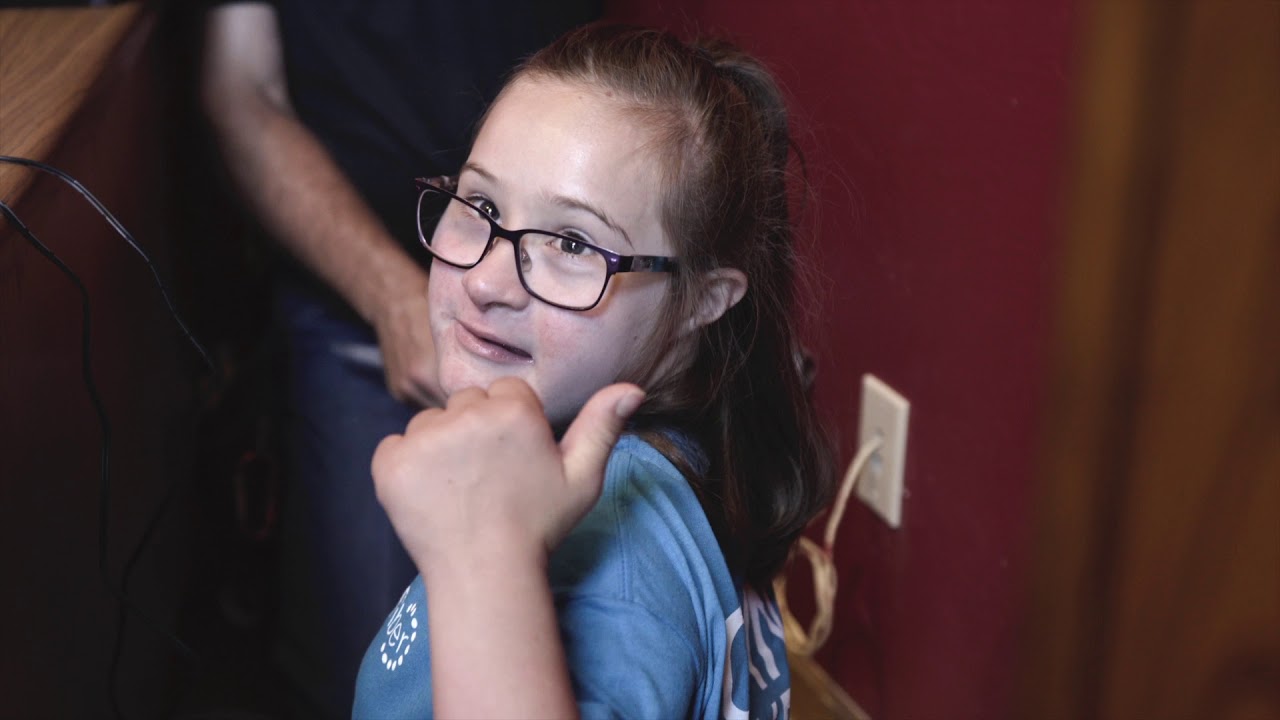 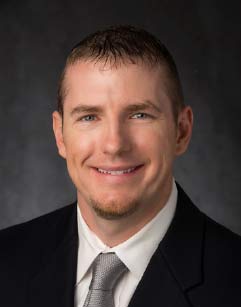 “It started off very unwillingly. I was very skeptical, at times outspokenly so, that broadband was not something electric cooperatives should be doing. Obviously, those thoughts and comments look foolish today as we deploy fiber-to-the-home ourselves. My opinion changed as I became more educated and several main assumptions about cooperative broadband projects proved inaccurate. It also began when Jonathan Chambers with Conexon presented to Oklahoma statewide in February 2017. Not only did he dispel some myths regarding the main challenges in getting into broadband, but it was also clear that Conexon could provide the expertise needed to make it happen.

Fast forward a few years with our launch and Conexon has been with us at every step. Without Conexon, we would not have a fiber-to-the-home project" “There was an outpouring of feedback about providing better Internet options,” recalls OEC CEO Patrick Grace. “Once our members knew that other electric cooperatives around the country were providing broadband services, we were inundated. In the true spirit of the electrical co-op, our members spoke, telling us there was a great need and they wanted us to fill it. “It was something we couldn’t ignore.”
- Patrick Grace, CEO - Oklahoma Electric Cooperative

That may be, but in looking back, there’s no doubt the Oklahoma Electric Cooperative (OEC) broadband subsidiary earned an Honor Roll spot for its fiber-to-the-home (FTTH) success.

After connecting its first customer in February, OEC Fiber ended 2019 with around 5,500 connected subscribers, and over 1,800 miles of fiber built. With higher-than projected take rates of over 36% and clipping along at 200 installs per week, the co-op is well on its way to the 10,000-customer mark. In addition, by the end of 1Q 2020, the co-op had launched phone and TV service.

“We’ve had an overwhelming response from people about how much they wanted the service and how much they love it once they have it,” Goodspeed says. “We are thrilled we’ve been able to offer a totally new service and do it in a way that protected the cooperative’s reputation for great service.”

Part of the credit for the co-op’s speed and success, OEC CEO Patrick Grace says, comes from putting the right team in place early, before full deployment. In fact, Goodspeed was brought on before the first mile of fiber was built.

“I can’t speak highly enough of this strategy,” Grace says. “Having the team in place early, and letting them get their feet wet when things are calm allows them to hit the ground running when you ramp things up. It’s really important to hire good people who know how to operate competitively, while also fitting in with a co-op’s customer service mindset.”

The rapid pace of OEC Fiber’s deployment and the high customer demand has necessitated operational flexibility, or as Goodspeed puts it, the ability to “stick and move” when fast change is required. In its original plan, the co-op worked with Conexon to auto-design the entire system upfront to support FTTH only for its membership. What they didn’t factor in, however, was the huge demand from nonmembers.

“We have a lot of ‘donut holes’ in the middle of some communities where we’re not the electric provider,” Goodspeed explains. “Once non-members knew about the availability of our fiber service, and the speeds and quality we were offering, there was significant demand.

“We realized that what we were doing was bigger than taking care of our members, it was an opportunity to serve as a tremendous asset to whole communities. So, we changed our strategy and are filling in those areas and designing the network to serve both members and non-members."

As deployment progresses, OEC Fiber continues to rely on Conexon, with an on-site project manager and continued guidance in design, construction oversight and other operational areas.

“Having access to the team and expertise has been great,” Grace says. “In the beginning, there was a lot of handholding, and now that we’re into deployment, they still provide a great sanity check. We have a Conexon team on-site that oversees construction, making sure things are going according to plan and inspecting the work before we over pay a bill. That’s been crucial.” 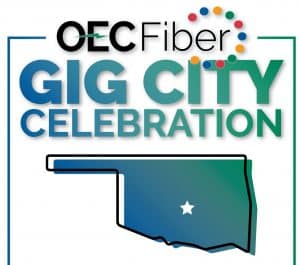 Noble and OEC unveiled the service and recognized their partnership at the reception. This event was attended by U.S. Rep. Tom Cole, state Rep. Jacob Rosecrants, state Sen. Mary Boren and a representative from Gov. Kevin Stitt’s office.

Oklahoma Electric’s fiber subsidiary, OEC Fiber, has begun providing fiber services over the last year. This event was to recognize Noble as being one of the first cities in the state to be completely covered by the organization’s fiber capabilities. 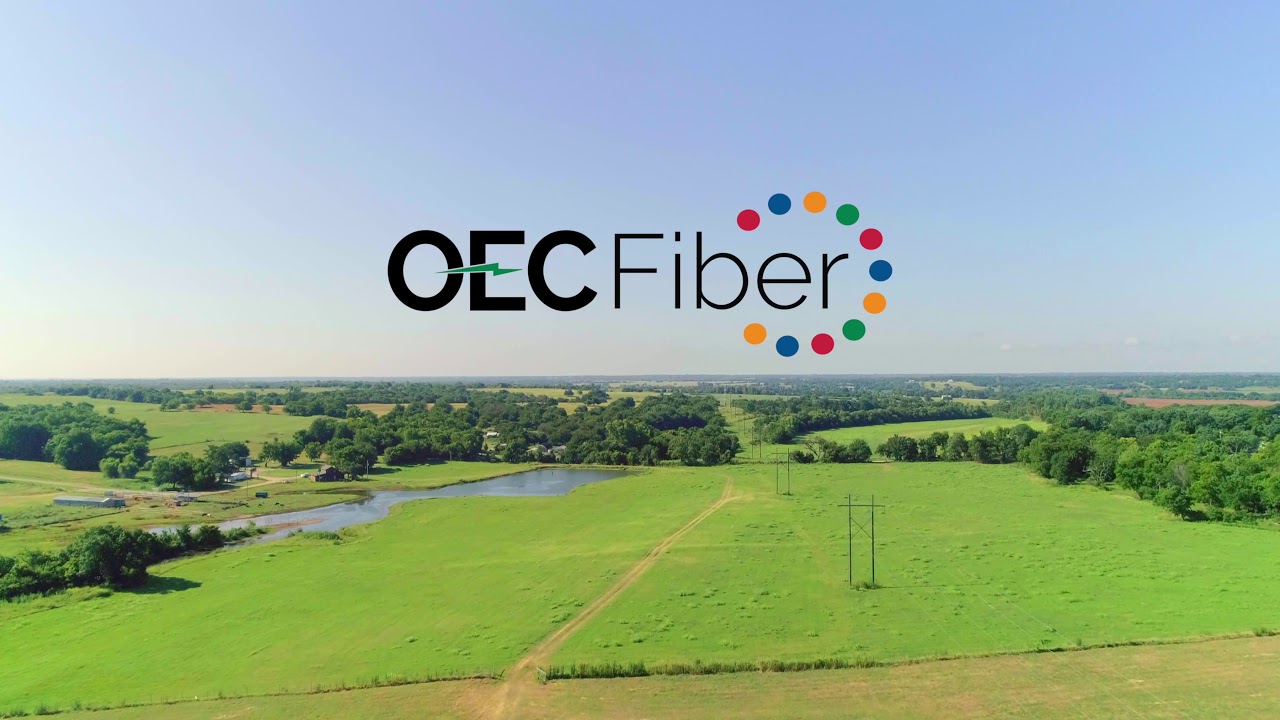 OEC Fiber announced it has surpassed 10,000 subscribers online in just over a year of offering services to the public. This milestone demonstrates OEC Fiber’s commitment to serving Oklahomans with the most reliable high-speed internet, TV and phone services possible, all at a fair price. 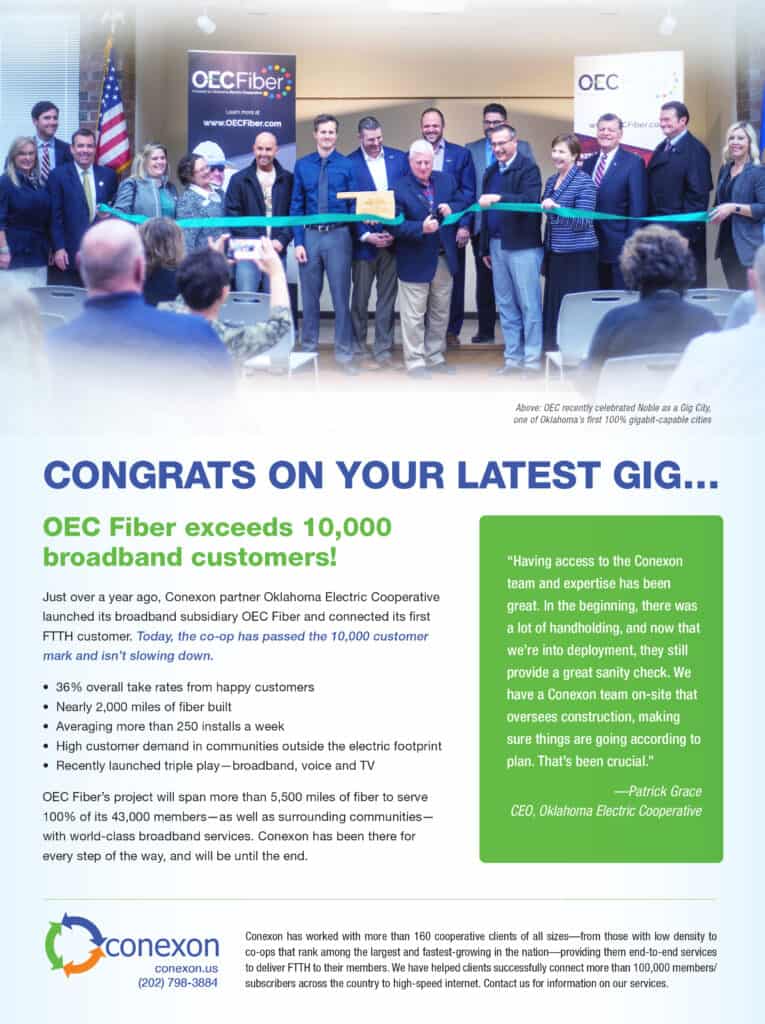