Mississippi County Electric Cooperative’s (MCEC) journey to provide broadband to its members began 10 years ago with a foray into satellite communications.

A meeting with Conexon Partner Randy Klindt and a subsequent feasibility plan from the company provided an eye-opening realization for Harrison and his team.

Mississippi County Electric Cooperative’s (MCEC) journey to provide broadband to its members began 10 years ago with a foray into satellite communications.

“That worked for us to just get people internet access,” MCEC President/CEO Brad Harrison recalled. “But there were a lot of bandwidth and intermittent issues with storms, trees, and anything that knocked service offline. It wasn’t something we could really build on.”

That initial attempt led to the exploration of options and observing other Arkansas cooperatives offer sustainable broadband in the form of fiber-to-the-home (FTTH) networks. A meeting with Conexon Partner Randy Klindt and a subsequent feasibility plan from the company provided an eye-opening realization for Harrison and his team:

“We could offer our members not just good internet service, but a gold-plated solution. We were really excited about that,” he said.

Looking at a $20 million project, MCEC began to explore funding opportunities such as the U.S. Department of Agriculture’s (USDA) ReConnect fund. Members were asked to run speed tests to validate that the current providers weren’t offering much more than adequate service. Although that was borne out overwhelmingly, the ReConnect grant was denied. But the possibility of gigabit-speed broadband gained momentum and there was a groundswell of member support for it.

Located in the Delta region, MCEC’s members suffered from a lack of broadband on multiple fronts. Area farmers were unable to leverage the technology advances of precision agriculture. They had no way to reliably measure field irrigation, or monitor and transmit moisture levels or other details to grain buyers. Families with school-aged children scheduled their lives around trips to town for internet access so the kids could finish homework or watch tutorials.

After waiting several months on the ReConnect decision, the co-op’s board voted to proceed, with or without the grants.

“For the last 20 years or so, we’ve seen a loss in population from our area,” Harrison said. “That has a lot to do with what you can offer in a rural setting. We felt this broadband initiative was important in terms of sustaining our population. The future is moving towards online and we feel we have to provide people access for now and the future.”

In November 2019, the co-op officially formed MCEC Fiber, a subsidiary offering gigabit-speed internet and reliable phone service and the co-op began its process to build out the network. Conexon is supporting the co-op with network design and construction management and will provide customers support from its technical assistance center.

“I think one of our biggest challenges has been changing the mindset from broadband being something people just want, to the realization that it is something people need,” Harrison said. “It’s very important for our area.” 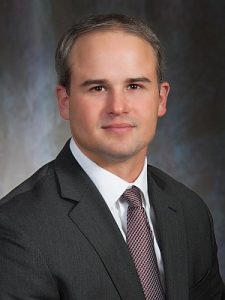 “We are moving into a competitive marketplace, but as long as we stay true to our cooperative roots and provide the reliable service and good customer care people expect from us, we’ll do well.”