Like other cooperatives, North Arkansas Electric Cooperative (NAEC) understands its mission is to meet the needs of its members.

In that spirit, the co-op launched a fiber-to-the-home pilot in late 2015 that has transitioned into a full-scale deployment of a broadband network that ultimately will reach all of its more than 29,000 members. By the end of the first quarter in 2020, NAEC will have built between 800 and 900 miles of fiber and passed 10,000 meters. As of January, NEXT has more than 2,100 subscribers. The co-op has the distinction of being Conexon Partner Randy Klindt’s first consulting client. His advice and recommendations on everything from financial projections to bulk material purchases were key parts of the pilot’s success and the decision to move forward with subsequent phases.

Among the co-op’s greatest FTTH milestones was its CAF II award of nearly $23 million, funds that Klindt and Conexon Partner Jonathan Chambers helped secure. The federal funds made a significant impact on both the co-op’s financials and ability to serve its rural membership. Original projections had the project taking nine years to achieve positive margins without the CAF funding. The CAF funding produced positive margins in year 1. 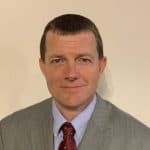 “This help with funding and financials was one of the biggest ways Conexon helped us."

“It changed our financials dramatically. We have just 7.5 meters per mile, so our original financials were very tight. The $22.6 million gave us some breathing room. It helps our subsidiary become profitable so much quicker, moving up our break-even point and positive cash flow.” 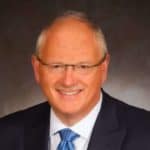 “The availability of affordable, high-quality internet service has the power to changes lives and communities, especially in rural areas that have been left behind by other providers.”

“Thanks in part to Conexon’s expertise, we now have the funding and operational support to deliver broadband to our communities in a way that is financially viable and benefits our electric side as well.”