It was only a few short months after an introductory meeting, that East Central Oklahoma Electric Cooperative (ECOEC) tasked Conexon with producing a study to prove out the economic feasibility of a broadband business. Partners Randy Klindt and Jonathan Chambers prepared a full business plan projecting that the co-op’s fiber business would break even in its ninth year. The two also calculated the potential financial impact of the pending CAF II auction should ECOEC elect to join the Conexon-led consortium of electric co-ops bidding for funds.

With the Board’s approval, Conexon qualified ECOEC to bid, designed the bidding strategy, and placed the co-op’s bids in the auction. ECOEC successfully secured $22 million, which improved the co-op’s fiber project breakeven point from the ninth year to the first year, and eliminated the need for financial subsidizing by the electric co-op. With that funding, ECOEC’s Board voted to move forward to provide fiber to the home to 100% of its members. 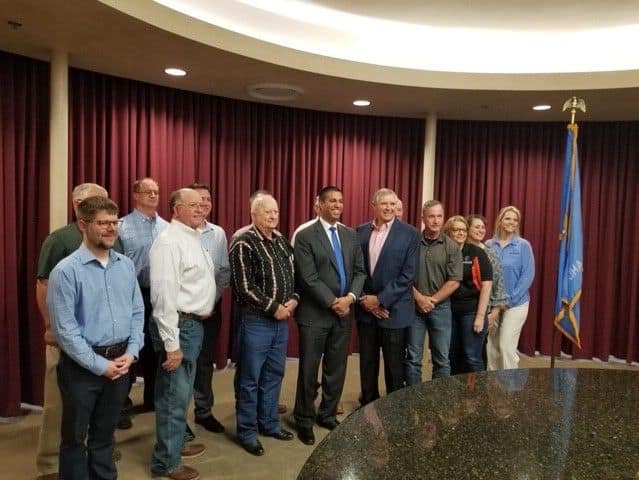 “Jonathan Chambers and the team knew how the auction works, which meant we didn’t have to worry about the mechanics of the auction or learn all of the aspects of it,”

“Conexon also provided us with a before-CAF and after-CAF financial picture. We had no idea of the magnitude of the auction, but Conexon did and that’s part of the value they bring to a partnership.”