The Facebook page captured it all: Rural east Mississippians are desperate for high-speed broadband internet services. 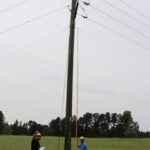 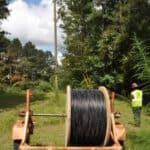 A 4,600-member Facebook page – created last March by residents in East Mississippi Electric Power Association (EMEPA) service territory – posted survey results on its members’ experience with internet access. The results were overwhelmingly negative, with a whopping 82 percent of respondents unhappy with what little service they had. They reported that they rely on DSL (described as very slow), hot spots and satellite connections for internet access, and many reported that they have no access at all.

As a follow-up, EMEPA posted an email address on the Facebook page asking for specific feedback from customers on their internet experience. The accounts were dire.

“I received 1,400 emails,” EMEPA CEO Randy Carroll said. “They told stories of kids who can’t do homework at home; grandparents who can’t use video chatting, cell phones that don’t work because there is no service in the area; people who try but can’t do telemedicine; people who need to work from home but can’t. All the emails stressed how much people need access to high-speed internet and phone services. And you add COVID-19 on top of it and access is even more critical.”

Responding to the needs of its members, EMEPA has launched a bold five-year, fiber-to-the-home (FTTH) project to bring high-speed internet service to its entire service area. Once completed, the $100 million project will provide access to broadband services for 37,000 customers in eastern rural Mississippi.

Thanks to a CARES Act grant, EMEPA was able to begin Phase 1 construction in August 2020, accelerating the start. When EMEPA completes Phase 1 of its project in September 2021, broadband internet access will be available to 3,559 homes along 463.5 miles of fiber.

The Phase 1 buildout is far from straightforward, however. To meet the requirements of the CARES grant, EMEPA must show that by December 2020, it’s already making a significant difference in its service area. And Phase 1 presents an added challenge for the electric co-op: building a fiber network in a “split system.”

“EMEPA is unique in that we purchase wholesale power from one provider in the southern half of our system and a different one in the northern half – a split system,” Carroll explained. “Those two systems do not physically connect, so it’s like running two co-ops. Both systems have to be served equitably with the buildout, so we’re doing two projects at once, one in each system. Basically, we’re building five stations in our Phase 1 plan.”

Conexon is partnering with EMEPA to meet the pace and complex requirements of the work, providing network design, engineering and construction management.

“Starting Phase 1 early so we can meet our December milestone meant signing up contractors quickly,” Carroll said. “Because of its business experience and expertise, Conexon already had a list of contractors and multiple vetted bids that we were able to take to our Board for approval. Otherwise we would have eaten a lot of time we didn’t have by starting the bidding process from scratch.”

Working closely together during the project design and funding stages, EMEPA and Conexon have developed a high level of mutual trust. “We have a true partnership with Conexon,” Carroll said. “Randy Klindt understands the co-op mindset and the co-op desire to serve the members. And Jonathan Chambers is a bulldog. He’s got a good understanding of how to get funding."

“The Conexon staff complements my staff by filling some holes that we have and supporting us in some roles that we need,” he continued. “I’ve got a great staff on the electric side – very talented, very capable, go-getters – but this buildout is an arm of the business that we’ve never been in before, and we need experts we can rely on to help us get up to speed on it, learn about it, and make sure we’re managing it correctly.” 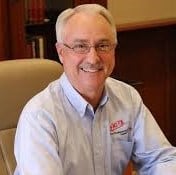 “The Conexon staff complement my staff by filling some holes that we have and supporting us in
some roles that we need,” he continued. “I’ve got a great staff on the electric side – very
talented, very capable, go-getters – but this build out is an arm of the business that we’ve never
been in before, and we need experts we can rely on to help us get up to speed on it, learn about
it, and make sure we’re managing it correctly.”