After Extensive Due Diligence, CVEC Partners With Conexon to Design and Build Its Network.

The road to universal broadband isn’t always a superhighway.

Sometimes, as Central Virginia Electric Cooperative (CVEC) President and CEO Gary Wood knows, it’s more of a long and winding road – one that may well end right where it started. In the late 90s, the progressive co-op launched a dial-up Internet service in response to member requests. When that technology was eclipsed by faster, more reliable options, CVEC became one of the first co-ops in the country to explore broadband over power lines – an innovation that faltered outside the lab. The co-op then took the bold step of offering Internet providers the incentive of pole attachments with no annual fee and finally, explored a partnership to deploy a combined wireless/fiber broadband solution. Nothing came close to meeting CVEC’s speed and member accessibility requirements, and by early 2017, the co-op was nearly out of options.

“We were still trying to figure out the best way to get to where we wanted to go,” Wood recalls, “when at a CEO conference, Jonathan Chambers gave a talk about Conexon, its co-op experience and its approach to fiber. We decided to take one more look at whether a fiber buildout was feasible on our system.”

That “one more look” led to a feasibility study delivered by Conexon that ultimately brought CVEC’s broadband efforts full circle – the decision to serve members with its own high-speed data network.

A short two years later, CVEC is in the early stages of deploying a fiber network that will reach all 37,000 of its members, deliver speeds faster than any competitor, provide smart grid capabilities to the electric side and ultimately open the door to profitably serve customers beyond its boundaries. What’s more, CVEC’s participation in the Conexon-led consortium of co-ops bidding in the 2018 Connect America Fund (CAF) II auction resulted in a $28.6 million award, funding that positions co-op subsidiary, Firefly Fiber Broadband, for profitability in an astonishing two-to-three years on a $100 million project. “The CAF money changed our economic picture significantly,” Wood says. “Having that revenue guaranteed for the first 10 years gives us the breathing room to work through growing pains. The biggest benefit is that it offsets the losses in first few years when otherwise we would be building significant debt to the co-op.”

The co-op officially announced its broadband plans towards the end of 2017, and Woods and his team began interviewing companies for network design and construction management. Given CVEC’s aggressive five-year build-out commitment – a pace of building 15 to 20 miles of fiber each week – the co-op again selected Conexon. THE ROAD THAT LEADS TO HOME “Clearly Conexon was the pick of the field,” Wood says. “We talked to a lot of other co-ops, and part of what separated Conexon was its involvement with all the projects we could find that had successfully been built in a relatively compressed schedule.”

Conexon partner Randy Klindt’s extensive electric cooperative experience has been of particular value to CVEC. “Obviously Randy had the experience with several co-ops he worked directly for,” Wood says. “He understands the challenges of low-density areas, but also the opportunities when you own the infrastructure, poles and overhead plant. He understands the culture of a co-op, being member- and service-focused, so he’s able to help with the challenges of bringing in a new communications business.” As the network design and project management consultant, Conexon’s charge has been ensuring all of the moving parts of the mammoth project work together successfully – from fiber design, make-ready work and selecting the right equipment, down to logistical details such as pulling permits and ensuring smooth coordination with county and state entities, and much more.

“Building a big project like this is like getting a very long freight train moving, and each car has to stay up with the others,” Wood says. “There are many places that can cause you to jump the tracks. Having somebody who’s been through it certainly gives you some comfort, and with Conexon, we have developed a trust that is really critical.”

Conexon began designing the network in April 2018 using its proprietary Auto-Design Platform, and just two months later, was ready to bid out the co-op’s makeready work to ensure the infrastructure was ready to accommodate the fiber load. By August, the first fiber was strung. A year after starting, the co-op is still maintaining its aggressive pace, bringing approximately 60 customers per week onto the network. “These fiber projects are absolutely critical to keeping rural living as a viable option for young families and small businesses,” Wood maintains. “It’s a critical infrastructure like electricity was in the 30s.”

In that spirit, Wood has advice for other co-op leaders. “When you decide to do this, understand how much your life is going to change,” Wood advises. “You’re going to have construction that takes a lot of time and attention. You have financing, with money being spent every day in large volumes, and you have your employee base and external expectations. As a CEO, you need to find someone you’re going to be really comfortable with who can help you balance and keeping all the pieces and parts moving.” 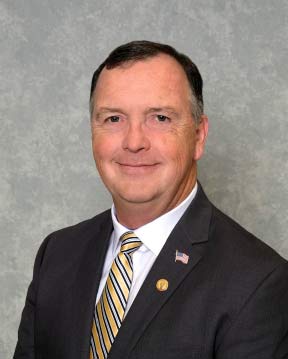 “Clearly Conexon was the pick of the field,” Wood says. "It has been and still is the leader in fiber design and FTTH networks amongst electric coops. We talked to a lot of other coops, and part of what separated Conexon was its involvement with all of the co-op projects we could find that had delivered high performance, successfully been built in a relatively compressed schedule, and stayed within a reasonable budget. Conexon is the only consultant I know that has met all of three of those consistently.”