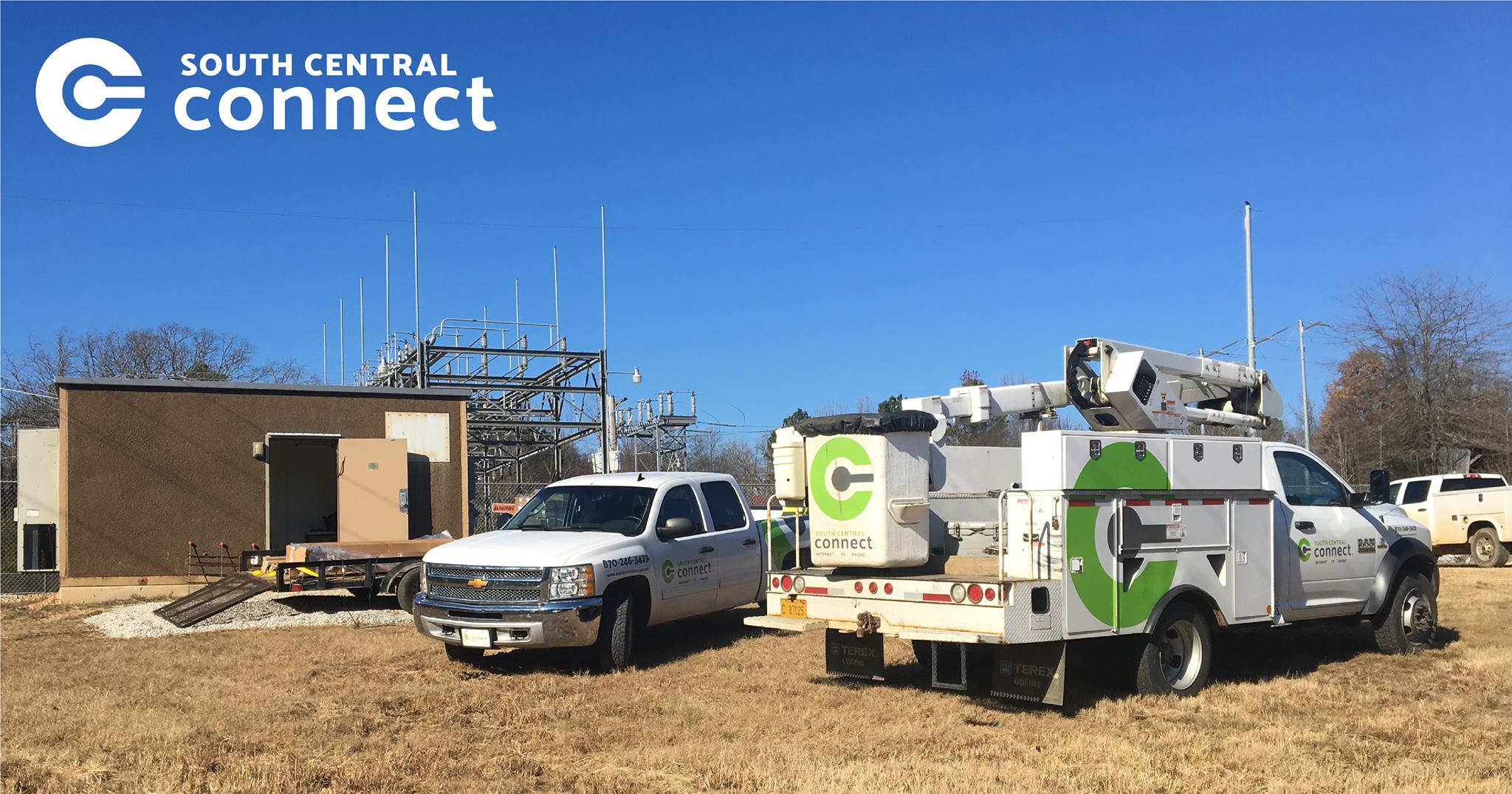 “The first I heard of it was around 9:00 on a Friday morning (2016), when Jon and Randy from Conexon presented a plan for how we could launch a fiber-to-the-home (FTTH) network for our members,” recalls SCAEC CEO Colby Wells, who was operations supervisor at the time. “That afternoon at 2:00, they made the same presentation to our Board of Directors and by 2:30 it was approved unanimously.”

A year later SCAEC broadband subsidiary South Central Connect hired its first employee, and the next day, started construction on the $35 million, 1800-mile network. By mid-October of 2017, the co-op was officially on its journey to deliver gigabit-capable internet service, TV and phone to its 10,000-plus members.  The co-op was one of Conexon’s first clients, and from day one, signed on for a breadth of support services including project management, network design, quality control, regulatory funding and ongoing consultation.

“It’s been invaluable to have Conexon with us,” Wells says. “When this started, there were only three of us on staff and it was good to know Randy, Jonathan, Jeff and the others were there, and it’s been a really strong partnership ever since.”

Today South Central Connect, with a team of 10 employees, has approximately 2,400 subscribers connected and around 960 miles of fiber built.  Take rates for internet are between 25% and 35%, well in line with projections, and the co-op has an additional healthy base of phone and TV subscribers as well.

Learning on the go

The road hasn’t always been smooth for the broadband trailblazer, as it has some unique geographic and demographic characteristics. Co-op density is 4.5. meters per mile, and within the territory, there is year-round seasonality – lake homes in the warmer months and hunting camps during the winter. A substantial percentage of the co-op’s customer base has or had limited knowledge of high-speed internet benefits or capabilities. Additionally, SCAEC has no continuous electric plant footprint, with nearly all its substations separated by forest land or neighboring investor-owned utility (IOU). Consequently, the co-op and Conexon initially had no internal co-op GIS data for the design and build.

“We didn’t know what we didn’t know about a lot of operational aspects such as joint use agreements, or the nuts and bolts of attaching to another utility’s poles,” Wells says. “Every day new questions came up and we were learning on the go on a very fast project. That 35-minute approval set the stage for how fast we would go.”

South Central Connect targeted a high-density area for its first phase, with the intent to scale the business and help offset costs for building out more expensive remote areas. Connecting a small ring of three substations in the high-density area, phase 1 encompassed a 13-mile off-system build, attaching fiber to IOU-owned poles. That particular location proved to be extremely competitive. Although take rates were lower than desired for the co-op, the head-to-head competition with a local telephone cooperative proved beneficial in other ways.

“I would say one of the main benefits to our offering service there was that it trued the market up and forced the other provider to lower rates down to a more competitive, reasonable level,” Wells says. “Our presence helped the consumers and businesses, and ultimately the overall community, which is part of our mission as a co-op.”

A key part of South Central Connect’s success can be credited to its heavy emphasis on education. With an older demographic where flip phones are still a common sight, the need for high-speed internet hasn’t always been obvious, and it was up to the South Central Connect team to explain its benefits and value. Additionally, the team had to work to earn back the trust of subscribers burned by providers promising, but not delivering, high speeds.

“Many customers were sold on the promise of 10Mbps down and 1Mbps up,” Wells explains, “and depending on the time of day, they might get 25% of that. We had to fight the reputation of a lot of bad actors.”

Ultimately, it was South Central Connect’s cooperative spirit and customer service that have differentiated it from other providers.

“Our authenticity and local presence give us the leg up on our competition,” Wells stresses. “It’s a given that the co-op family naturally cares about our members/subscribers and treats them fairly.” 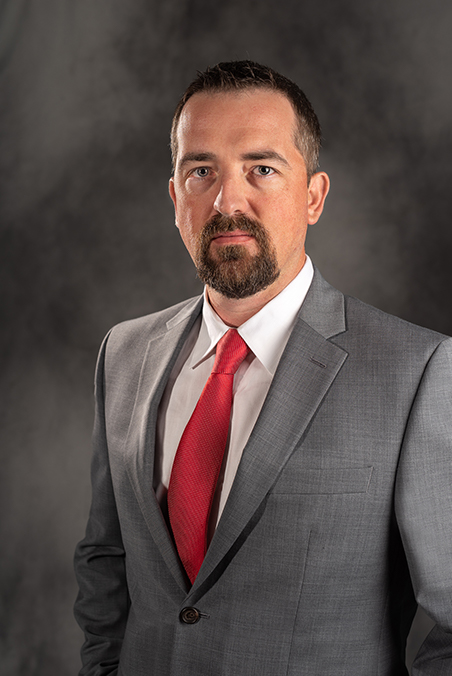 “Our focus on economic growth for our communities isn’t about attracting worldwide corporations, it’s about providing the services that will keep our member-owned, local businesses able to operate here, or providing those who are part of a larger company the ability to work from home. Having broadband means people can actually move out here into rural Arkansas and still have the conveniences they had in cities.” 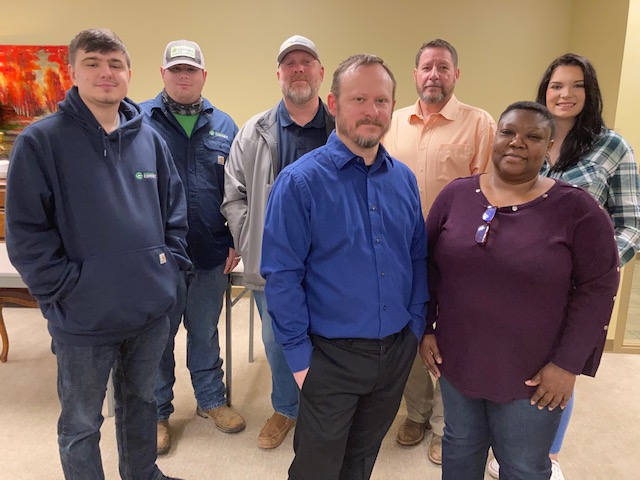 South Central Connect continues to build at an accelerated pace.  The urgency of its continued build and need for the potential millions of in funding has become increasingly evident in light of the COVID pandemic.

“Before, people were thrilled with an affordable, reliable TV option and happy they were able to do those day-to-day online functions that are taken for granted in cities,” Wells says. “Then fast-forward to COVID and it was a game-changer. Students had to figure out how to learn online, workers had to come up with ways to continue their jobs from home and people became much more aware of how much we need broadband.

“Now that the need is clear, I believe in the future, the fiber business will be the way the electric business is sustained or begins to grow.”

“When you have someone like Jonathan, with all his years of working with and understanding of the FCC, you have a huge star on your team who knows things most consulting firms aren’t going to know. When you combine that expertise with Randy’s bootstrap vision of fiber networks and how to get them built, and what he created at Co-Mo, you have a very strong team from the very top.” - Colby